Why a Sister City?

As the world becomes smaller, communities and individuals are facing opportunities and challenges that increasingly require a global perspective. They are realizing the importance of forming international partnerships that foster economic development, cross-cultural exchange, and global cooperation.

A Sister City Program enables the citizens of both communities to become directly involved in international relations in unique and rewarding exchanges, which benefits all those involved. It enables all who participate to:

Getting to Know Changshu 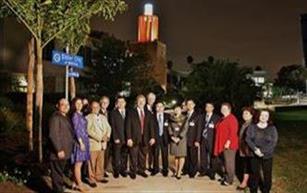 Whittier's first connection with Changshu began in 1994, when the Whittier City Council received an invitation from Changshu city officials to create a Sister City relationship between the two municipalities. Changshu, a city in the People's Republic of China, has a population of 1.4 million, a new, state-of-the-art seaport, a thriving economy, a well-regarded university, a modern athletic complex and a bright future. Founded in 283 A.D., Changshu is located on the Changjian River, northwest of Shanghai. Changshu, which means, "always harvest," has an ancient agricultural tradition. The area's rich soil produces rice, wheat, cotton, tea and mushrooms for both domestic and export use. In more recent years, the Changshu's textile, electronics, manufacturing and pharmaceutical industries have promoted the city's growth. 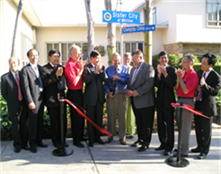 With its relationship with Changshu, Whittier joined more than 1,500 U.S. cities and nearly 2,000 international cities in the Sister City Program, which began in 1956 as a people-to people approach to world peace. The Whittier Sister City Committee is an official Whittier advisory board, whose members are volunteers who serve at the pleasure of the City Council. Members are individuals who live, work or have a vested interest in Whittier and who are interested in international, cross-cultural exchanges.

The Committee meets bi-annually at 5 p.m. on the second Thursday of the month.

The Whittier Sister City Committee continues its goal of promoting the Sister City Program by hosing periodic visits by delegations from Changshu and coordinating cultural, economic, and education exchanges between the two cities.

Free viewers are required for some of the attached documents.
They can be downloaded by clicking on the icons below.